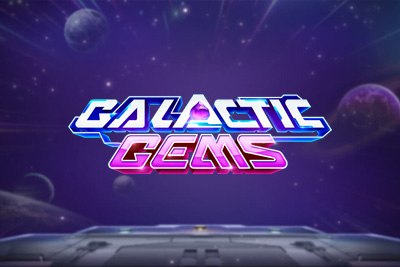 Immortal Romance is an online slot developed by the renowned iGaming slots developer Microgaming. It's a 5x3 reels slot with 234 ways to win. The maximum attainable win in the Slot is 12,000x your initial stake. Immortal Romance Slot also has generous incentives for its players, including four unlockable free spins bonuses, the Wild Desire bonus, and in-game achievements.

A Story of Forbidden Love

Immortal Romance Slot runs on the all-popular vampire genre theme. The game is inspired by various sources, including the legendary Dracula films and stories. The recent rise in romantic vampire movies, novels, and TvVshows, including True Blood and Twilight, have aided in creating interest in the vampire genre. Still, ever since Bram Stoker came up with describing the journey of Count Dracula, the genre has not gone out of fashion.

You are ushered into the game by a large room in a gothic castle. As the symbols spin, you can easily see the visible arched windows behind the reels. The playing sides area is beautifully decorated in embellished fine metalwork.

You will come across the gargoyle figure and a stone angel just at the top of the playing area. They both are reminiscent of a graveyard setting as a reminder that the game revolves around the mystery of death and the hope of cheating it by attaining eternal life.

Immortal Romance Slot has straightforward and seamless gameplay despite numerous bonus features in the Microgaming title.:

Immortal Romance Slot has a unique bonus, the Wild Desire round. This automatically triggers itself during gaming sessions. One or more reels disappear after a spell is cast, and they land on the bottom part of the reels in a flash of light. A lattice of blood forms the letter WILD in a vertical line as the smoke curls upwards, leaving drops of blood on the screen, consequently making a whole column wild.

You will ultimately gain entry to the Chamber of Spins when three or more Scatters appear on the reels from any position in the main game. Here you can work your way through four different rounds. You must earn these bonus rounds; hence you need to unlock these different bonuses as you go:

In the first instance, you can only access Amber's Bonus Round, where you are awarded 10 Free Spins alongside a 5x multiplier that could generate significant wins. Once you've triggered this bonus round five times, you'll move up to Troy's Bonus.

The Troy's Vampire Bat Bonus Round comes in next. You are awarded 15 free spins, with each win triggering the Vampire Bat. This randomly turns symbols into multipliers across the reels offering up to 6x multipliers on any future win in the feature.

After triggering free spins 11 times, you'll gain access to Michael's bonus round. This comes with 20 free spins with cascading reels, and each cascade gets a growing multiplier from 1-5.

You are finally given access to Sarah's Wild Vine Bonus Round once you have successfully triggered the Chamber of Spins feature 15 times. Here you are offered 25 free spins where the Wild Vine can randomly appear on the third reel, turning up to 14 of the regular symbols wild.

When the game was initially released, it didn't have a progressive jackpot as max wins of 12,000x the bet was impressive at the time. However, as players' expectations from online slots, Microgaming has kept this title current by releasing Immortal Romance: Mega Moolah.

The gameplay is the same, but you've got the chance at winning the millionaire-maker Mega Moolah networked jackpot, which makes this title a must-play game.

How to Win the Jackpot

Immortal Romance Mega Moolah jackpots are randomly triggered. You may find yourself in the jackpot round on any spin. From here, to win one of four jackpot prizes, you'll need to spin a prize wheel.

In terms of payout stats, on average, the Mega jackpot in this network pays out every two months around £4.4m. On the other hand, Major Jackpot awards daily average payouts of nearly £31,000. The Mini and Minor Jackpots, however, payout several times a day. The Mini and the Minor seeds are at £10 and at £100, which is much lower than the Mega, which seeds at a cool one mill.

One of the attributes of Immortal Romance Slot that makes us fall in love with it the most is that their RTPs remain decent once the jackpot is applied. The original Mega Moolah has an 88.12% RTP while the Immortal Romance version has an impressive 93.4% RTP. Though the Slot has a lower RTP value than most titles in the current online slots market, it is impressive compared to regular progressive jackpot games.

The original Immortal Romance RTP is 96.86%. The title has a decent payout percentage considering it was released more than ten years ago. The return to the player percentage was way higher than what was offered in the online casino market by then.

Older versions of slot titles have RTPs lower than 96%, whereas the modern payout percentages will rarely exceed 96.5% in today's online slot market.

Immortal Romance Slot is a high volatility slot game. You may not experience frequent wins, but they will be a bit more generous once you land them.

We are highly confident that you will enjoy playing Immortal Romance Slot. If this is the case, you will also fall in love with other games that offer close to the same seamless gaming experience from Microgaming. Here are some of the developer's most captivating titles.

Microgaming launched the original Thunderstruck online slot game in 2004. Later in 2010 announced the arrival of a sequel, and the truth is, just like its original, it did not disappoint. The game resembles Immortal Romance Slot in many ways. Thunderstruck 2, just like Immortal Romance, consists of five reels alongside 243 fixed paylines which significantly increases your chances of winning. You will also access grand bonus rounds like you would in Immortal Romance.

If you fancy Immortal Romance vampire theme, you will ultimately enjoy Blood Lust from ELK Studios. Titles that feature a Twilight-Esque theme are not many in the current online slot market; however, this incredible game comes close.

Blood Lust comprises 99 paylines equipped with numerous features. In the bonus round, you will access re-spins and boosted stacked symbols. A free spins bonus also exists that allows the transformation of symbols to create even more generous payouts.

You could also check out some other incredible titles like Playboy, Mystic Dreams, and Lucky Koi, which all feature seamless gameplay accompanied by fun and entertainment.

There are numerous reasons why Immortal Romance Slot has remained top of the table for many years. Unlike other slot developers, Microgaming puts a lot of effort and work into the game's design, making its slot way more unique than others and jamming them with action. Immortal Romance is the perfect example.

The maths model of Immortal Romance from Microgaming stands out. It's 96.68% RTP is pretty decent compared to the general online slots market average. This gives its players a significantly higher winning potential. The max potential win of 12,000x is generous for a game dating back to 2011.

The selection of bonuses on Immortal Romance Slot UK is yet another desirable game attribute. Back when it was released, it was unlikely to find a competing feature-rich slot except for the likes of Thunderstruck II.

You will receive four unique free spins bonuses in Immortal Romance Slot. Each runs on different mechanics, including cascading reels, extra wilds, multipliers, and a stacked wild-based game bonus. This is a rare selection to find even in the newly released slot games.

Is Immortal Romance Worth a Spin?

Immortal Romance is certainly worth playing, considering it is the most popular vampire-themed slot of all time. It's remarkable to witness this slot's journey and the role it has played in inspiring numerous trends in the gaming world.

Take note that you will have to exercise patience to enjoy this title fully as the game is highly volatile, and to unlock the top bonus round, you need to land the free spins round 16 times! Still, is it worth trying to do this? Most definitely.

What is the RTP of Immortal Romance?

Can I play Immortal Romance Slot UK for Free?

Yes, you can. Just log in to any Microgaming online casino and play the title in demo mode. We also have an Immortal Romance demo version here at Sirslot.com, which you can play for free, provided you are above the legal gambling age. Head back up to the top of this page to play Immortal Romance Slot.

What is the Wild Vines bonus?

The Wild Vines Bonus randomly occurs during the base game. It results in stacks of wild that appear on the screen, which ultimately increases your chances of walking away with huge prizes.

Is Immortal Romance a sequel to Thunderstruck II?

No. Even though the games bear many similarities and run on the same game engine, there are some differences, especially in the payouts, theme and volatility.

How do I unlock the free spins bonuses?

You trigger free spins by getting 3+ scatter on the reels. The more times you land the free spins round, the more options you will unlock. You can check the free spins section above to learn about each round and how many turns it takes to unlock it.

Other Slots Games From Microgaming