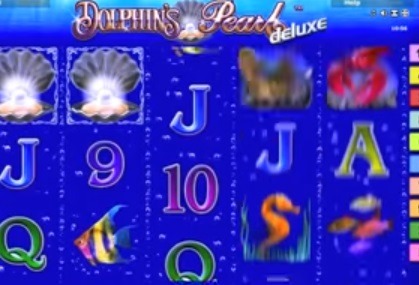 Cool off! The dolphins are here! Play one of the most successful slot games from Novomatic online. The dolphin is your personal hero when it comes to swimming in winnings with Dolphin's Pearl deluxe!

Your dive on 5 reels and 10 win lines is ready: You’ll be amazed at what treasures the underwater world holds for you! Who knows, maybe you will be just as lucky as the guy who owns the most expensive pearl in Sweden with the value of 3 Million SEK. Find three oysters and take the direct course to the bonus round!

Your goal in Dolphin's Pearl deluxe is to win when your symbols fall on the paylines in the certain combination. View all the available combinations within the game. Open the game and click on Paytable. That’s how easy this is!

3 scatter symbols (Oyster) in any position is what you need in order to receive 15 Dolphin's Pearl Deluxe free spins. You play your free spins - or free games - with the same settings as in your last regular game, but all wins come with a multiplier of 3! Three or more Oysters during the free game rounds award you with another 15 free spins.

Dolphin's Pearl deluxe is a slot machine game with independent game sessions. All your gaming sessions that start once you have opened (launched) the slot game have no influence whatsoever on future results.

The RTP (Return to Player) in Dolphin's Pearl Deluxe is 95,13 percent. You can win up to 9 000 times your bet on a single spin. Max amount of Double Up-game is 5 000 euro/pounds/dollars, depending on your currency.

In Dolphin's Pearl you play on 10 paylines. It’s up to you to decide how many paylines you want to play on. 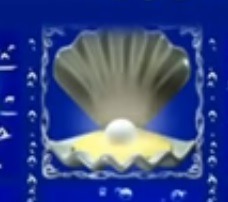 What about the best symbols? Well, these are dolphins! Who would’ve thought? This beautiful animal is the most attractive symbol in the slot machine game Dolphin's Pearl Deluxe. The Dolphin Wild replaces all the symbols except for Scatter and doubles your payline.

There is, though, yet another one good symbol on this slot machine. Oyster is not only a famous travel card in London, but also a scatter symbol in this slot game. They lead to your win disregarding their location on the reels. All you need is three Oysters for a win. 3 Oysters give you 15 free spins on Dolphin's Pearl Deluxe.